The place to discuss your hardware and software/firmware modifications...
Post Reply
91 posts

A bit more than that for me, but you know how I am when I get started. [sigh]

Barring major life events like hauling the M2 to Detroit for a show-n-tell or installing a mis-punched washer, the platform stays aligned and Just Works for months at a time, after which a quick tweak is all that's needed.
http://softsolder.com/2015/09/08/3d-pri ... ls-matter/ 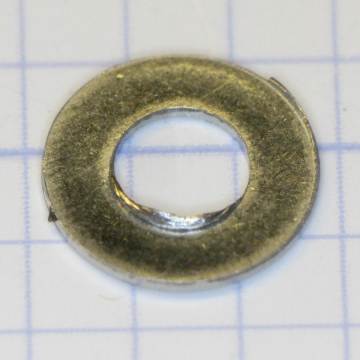 I like your grid-based measurement lashup that can compensate for platform warp, even if that's nowhere near ready for Prime Time right now.

The other universal truth: a platform adhesive that works perfectly for someone will behave like silicone lube for someone else. I use pump-spray Suave Max Hold with complete success for PLA / PETG, where purple glue stick and white glue fail completely. Kapton tape held ABS firmly to my Thing-O-Matic's hacked aluminum-plate platform; ABS slurry peeled right off.
--
Ed
http://softsolder.com
Top

ednisley wrote:A bit more than that for me, but you know how I am when I get started.


I like your grid-based measurement lashup that can compensate for platform warp, even if that's nowhere near ready for Prime Time right now.

Well, the algorithm isn't mine, although I recently improved it by lifting the restriction that it can only work inside the measured grid by the simple expedient of having it extrapolate values outside the grid. And I got that modification folded back into the Smoothieware distribution. But true to your "nowhere near ready for Prime Time" assertion, it just somehow lost the X offset that I thought I programmed into it and tried to run the extruder assembly into negative X value territory. Now I have a new bug to investigate.
Top

must be your code i am using tim

innkeeper wrote:must be your code i am using tim

i switch between eh two modes of smoothiewear auto tramming depending on my parinioa on the plate bieng perfectly flat.

Are you using both the Z-probe and the Z-min endstop?
Top

I am using the zprobe also as the z endstop....

the idea is that once it finishes doing the tram, it then will go and do the z0 homing, and since the traming references its first traming point for +/- offsets and the z0 as a relative point, I make sure the first tram location, is the same location it sets z0 ... hope that wasn't confusing... I can post the gcode for it.. in fact... I think I have already on one of the smoothie threads here.
M2 - Smoothieboard Electronics - Upg Z stepper - IR auto bed leveling - Astrosyn dampers X/Y/Z - MIC 6, Zebra and PEI .25 Build Plates - Pico, E3D, V3B Hotends - Plastic and metal Extruder blocks, 24v Upg, - GLCD Smart Controller - other 3d printers
Top

If you were thinking of trying one, or picking up a spare, you can save 15% using the code ZEBRAFRIDAY. (This is at the PrintinZ.com site.)

8x10 seems to be out of stock and unavailable for order

mbonadio wrote:8x10 seems to be out of stock and unavailable for order

They actually are in stock - they were listed as out of stock, but I emailed them and they said that the website was listing the stock wrong and that they did have them available. I just ordered mine for my M2.
//Aaron
3D Print Services | www.3dhubs.com/seattle/hubs/aaron
Top

I have been using the Zebra plate for 2 months now, I like it so far, however, the plate is not as flat as glass, so it's hard to level the plate perfectly with multiple calibration points
Top
Post Reply
91 posts