If that's what taking off the fan guard does, it'd be worth a few replacement fans!!!
(Still trying to figure out what needs to be adjusted while the fan is on, that causes so many folks to stick a wrench into the running fan???

What bridging settings are you using, PcS? That is unbelievable!

For comparison......This is what bridging PETG can look like with guards in place, full fan: 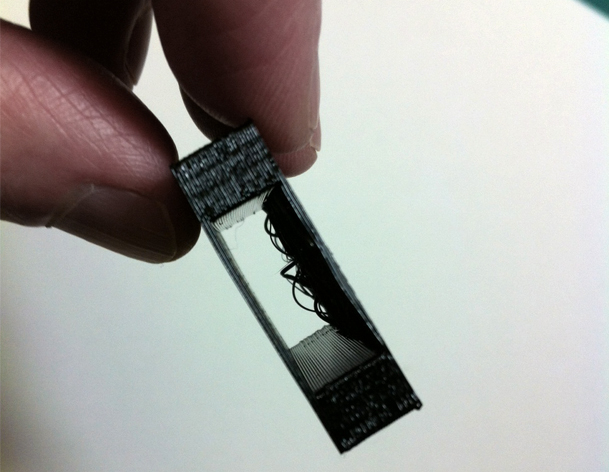 And it's actually worse with the fan off.

by PcS
When I get home I can post the pet settings I use. However I believe the bridging settings are the s3d defaults.

PcS wrote:When I get home I can post the pet settings I use. However I believe the bridging settings are the s3d defaults.

Huh! The one i showed above was also printed with the S3D defaults (which suck, by the way....i managed to clean that up a lot by fiddling with the extrusion rate and bridging speed) but i'd like to know what yours are to compare to what mine were. If yours match mine, then all of that improvement lies with the lack of fan guard!

by PcS
Darn work. If I was home I'd upload them now.

by PcS
Here is my FFF hope it helps.

by Jules
Yes, those bridge settings, (basically zero for everything), are the exact same settings. My printing speed is slower, but you are moving your X/Y and Z axis speeds considerably slower, and have limited the high speed in your Start code - that might have something to do with it too. More experimentation is needed.

Well, I'm going to have to install those wire guards and see what happens. I've been running a slew of (extremely frustrating) tests on bridging with PETG the last couple of days, and you hit it first try with the one thing i didn't test!

by PcS
It was Dumb Luck on my part. Thanks though ... lol Glad it was of some use.

I dialed down my speeds a bit and ran a last few bridging tests. Got an okay result after the previous days of fiddling. The bridge is still sloppy, but it doesn't break or sag down too far, and at least it supports the next layer.

Then I removed the bed fan screen guard and ran it again with the same settings...... 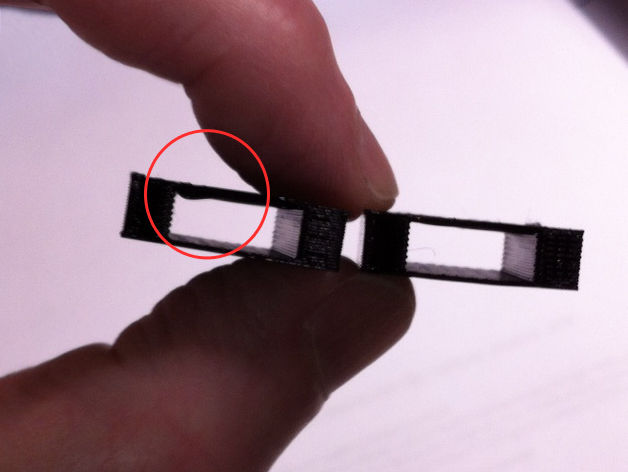 by PcS
I can tell you that I am so impressed by just dumping the fan guards I am going to be looking at some high airflow fans. I think if I can move enough air I can go even faster and get good looking prints.Glad it looks like it helped some !
All times are UTC+01:00
Page 4 of 5
Powered by phpBB® Forum Software © phpBB Limited
https://www.phpbb.com/