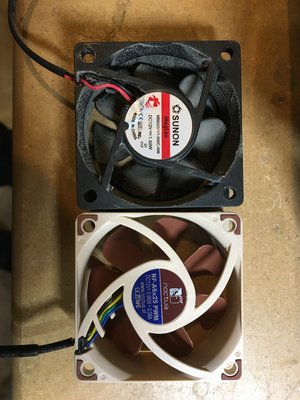 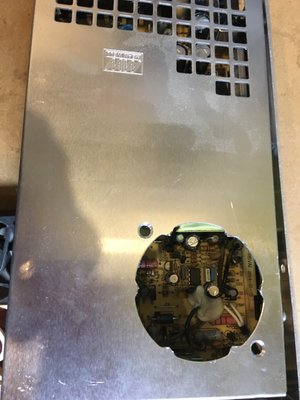 I assume the two blacks are common, which color on the nocuta corresponds to the red?

also which way should the fan face outward? With sticker outward or inward?

Please help soon as my machine is dismantled and out of use until I resolve!
- peter,

Fan should exhaust - so judging by the photo it looks like sticker out.
Yellow lead is typically for tach, which does not apply.

Editing this because I didn't see the new fan has 4 leads. Don't know on that one.
Top

Thanks I just resolved, I realized I purchased the wrong fan, but I had one of the correct ones with only two leads out. All is working. Thank you
- peter,

zemlin wrote: ↑
Fri Feb 26, 2016 2:50 pm
My fan mods - I've had my M2 for just under a month. My approach to quieting the fans was to replace them with larger fans that run slower. Both the bed fan and the electronics fans were replaced with 80mmx15mm thick 24V fans. I just bought cheapo fans on eBay.

I also put a 12V 80mm fan on the power supply - this is just stuck on top of the internal enclosure with a simple adapter I printed out - I used two of the 120 ohm resistors in parallel to slow this fan. I will relocate this one for sure once I can cut metal on this machine.

Hey zemlin,
I love this idea of putting the 80mm fan on the electronics box!!! Any chance you have the step file for this? I have done a complete noctua fan replacement but am waiting on some step down converters to bring the 24V fan supply on the electronics and extruder fans down to 12V. I have them in series at the moment, but they sometimes wont start. I assume that these fans are also pwm controlled. Otherwise they should theoretically run. Anyway, let me know, and keep up the good work!
Top

Zipped step file attached.
There are a couple square bosses that hang from the upper housing. Those are for a ceramic resistor I used to slow the fan. You can remove those if you have other plans electrically.
This attached to the grill features on the electronics box with over-sized washers to cover the gap. I might have printed stepped washers. I used #4-40 screws. There are slots to house hex nuts. #4-40 screws also screw the halves of the housing together. M3 would work in the same holes. 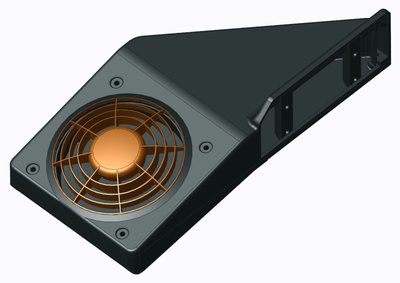