instas "filaments that work on the M2" thread

I thought that nothing was easier to print with than PLA, but I think I have changed my mind. This stuff sticks to anything (the bed temperature of 60C above is only because I was using PVA as support for PLA), including room-temperature glass, other filaments, etc. It is thought to be pretty much useless for anything other than support material, because it absorbs moisture like crazy (it's water soluable, after all!). I'd like to try printing an actual object with this and see how it reacts with the air over time. It's very flexible, but not particularly stretchy. It gets a stretchy when soaked in water, but then it also starts dissolving and gets sticky, as well.

I found that PVA wants to stick to PLA more than PLA wants to stick to PVA. The bottom line for support material is that if the PVA is built up above a PLA surface, it won't mess up the surface like a PLA support structure can, but then whatever part of the structure is being supported isn't necessarily going to end up with the perfectly smooth underside you might expect (I will have to try HIPS to see if it works better in that regard). Still, it is much, much better than what you get for an underside printed over a PLA support structure.

The 55% infill posted above was way too high for the PVA; it should have been much sparser but got set accidentally to be equal to the fill value for the PLA part that it was supporting. The sparser the infill, the faster it should dissolve.

Note that PVA is generally one of the more expensive filaments, and comes in half-size (0.5kg) spools. This is just the opposite of what you want in a support material. Ideally, support material should be incredibly cheap and come in large quantities. Especially if it's just going to vanish after you're through with it (on the positive side, it's clearly biodegradable). I've heard that prices of PVA are coming down, but until it's as cheap or cheaper than regular PLA, it will be grouped with the "exotic" filaments.

I made my PVA support structure by importing the PLA part's STL into OpenSCAD and doing a "difference() { ... }" between a cylinder and the printed part's mesh. That makes the PVA a complete mold around the printed part. I then modified the cylinder top and bottom diameters so as not to waste too much PVA. I think some experimentation is needed to help determine how best to shape PVA structures for support. Maybe it works better just to use Simplify3D's support structures, but with zero clearance and solid top and bottom layers. The "full mold" structure has the advantage of acting like an ooze shield. Both the PLA and PVA will wipe off on it at the start of each layer, leaving the printed part clean of drippings.

Here is the part after printing. The PVA has certainly done its job as an ooze shield!

pva1.jpg
How stringy is wood filament?? So stringy that it created an entire replica of the support structure off to the left. . .
(177.37 KiB) Downloaded 132 times

After a small bit of cleaning up. 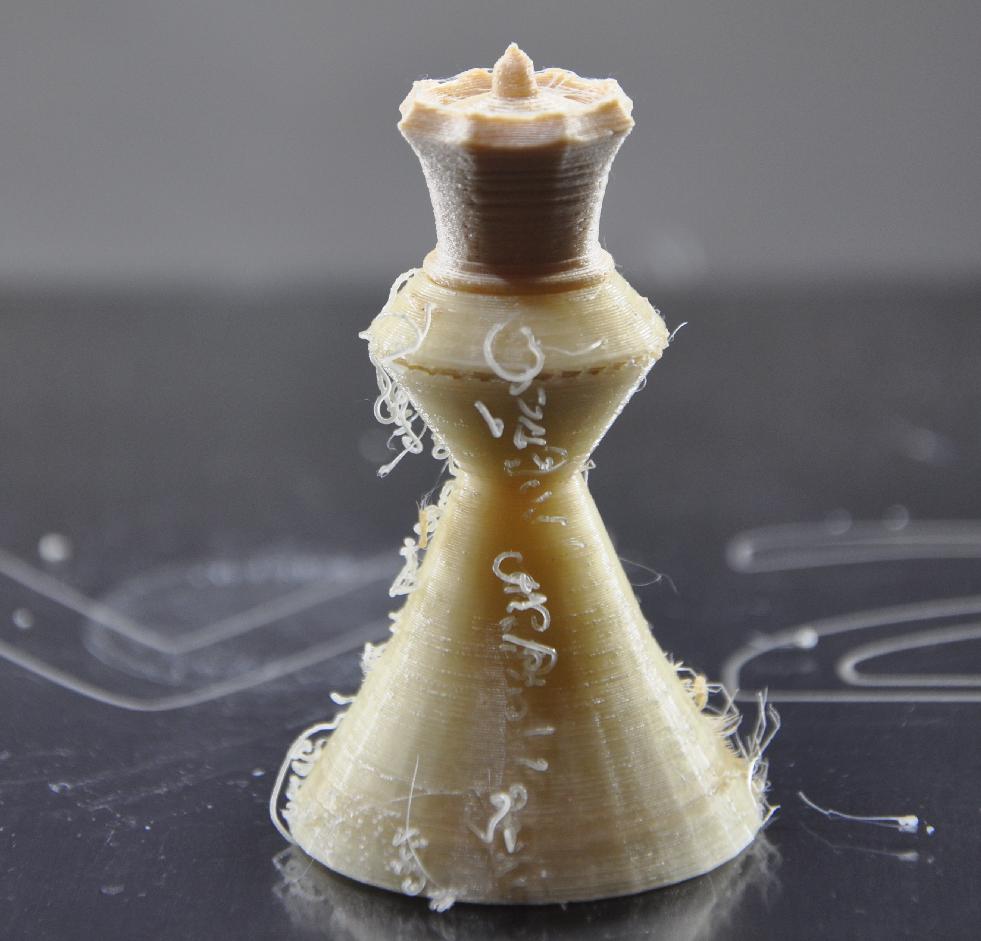 Soaking off the PVA in a beaker of water. 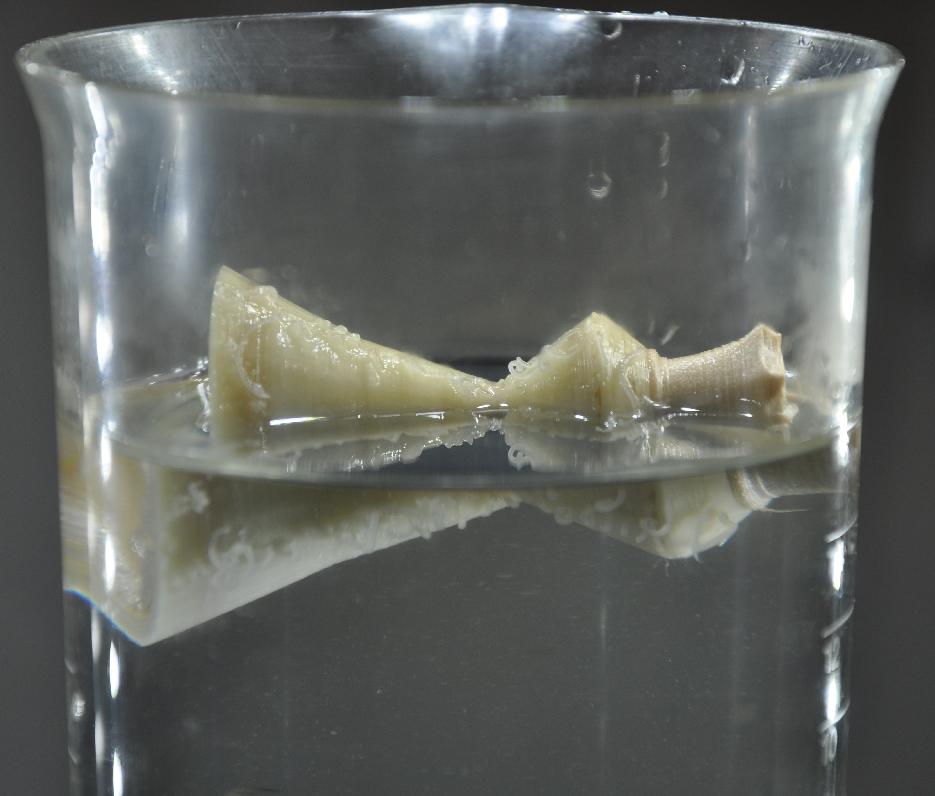 I have not cleaned up the print yet; will post a picture later. One issue with wood filament is that it gets wet when you soak it. Maybe not the best thing to use with PVA, in retrospect.

(edit:) The PVA completely dissolved overnight, left nothing but a white residue at the bottom of the beaker. If I had been a bit more patient, I could have avoided cracking my print. The finished print (see photo) is clearly missing the material that oozed out while the extruder was inactive. Possibly I could make up for that with extra restart distance, but it seems to take a long time to get back to a normal flow rate. I guess the lesson here is don't do dual extrusion with drippy filaments. 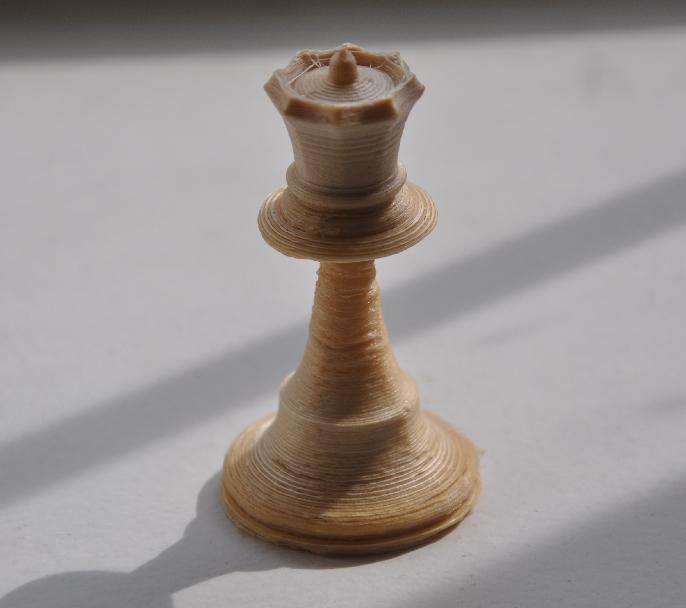 CF ePA requires substantial drying, and I didn't do that with this sample. It was foamy but printed well once I found the right bed treatment. The end piece is very stiff, I like this stuff more than the regular ePA, but we'll see how much more expensive it is. 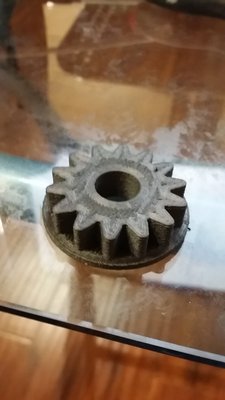 Additional note: The print pictured here failed somewhere around 90% of the way through because some ePC from the other day clogged the nozzle (I ordered spares and will now be dedicating a nozzle to each material type). PolyWood is expesive and I was determined not to lose the print, and for the first time ever I tried (and in my opinion succeeded) restarting the print from where it left off. I had to modify the starting gcode of course and it took some gymnastics: I removed the plate (with the parts intact and still attaced) while the printer homed, had it go up 150mm slowly to give me room and time to reinsert the bed without stopping the print, and voila, it pretty much worked. You can tell where the restart happened in the final prints but they're good enough to give out as trinkets. It looks a bit like they had lobotomies though. I include the pictures of the point where the print were restarted as well as a screen from Simplify3D. 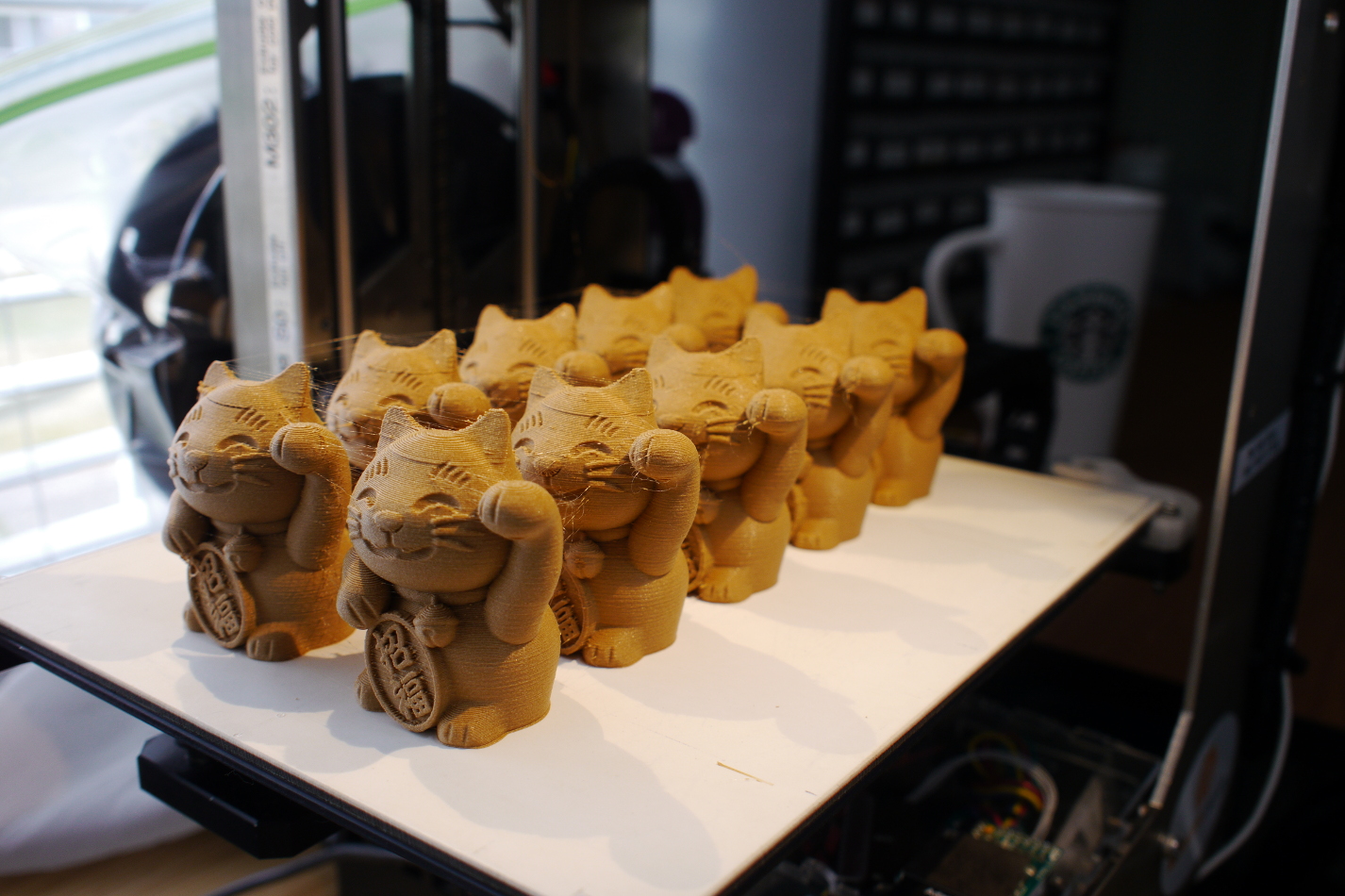 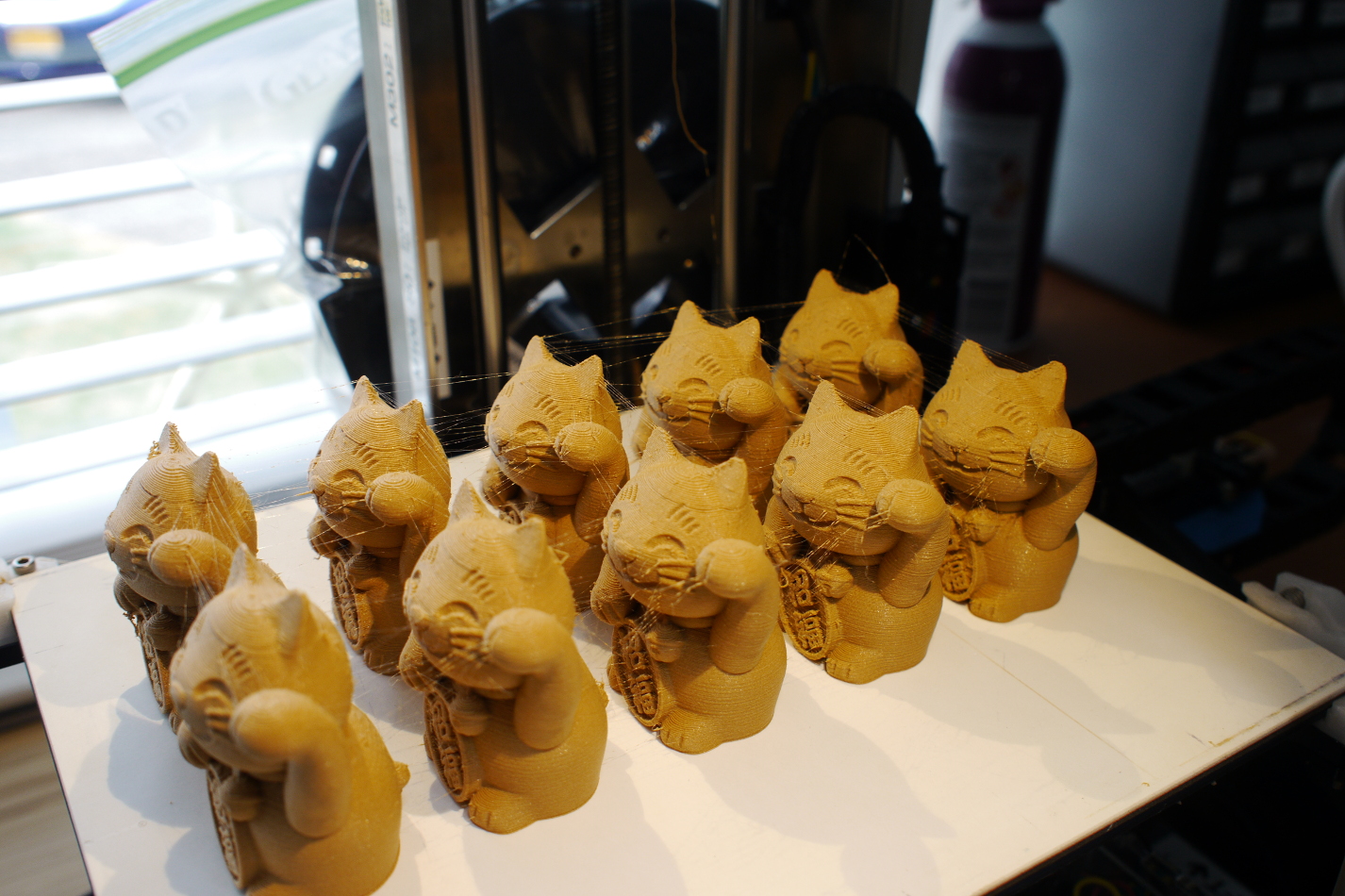 Right after restarting the failed print: 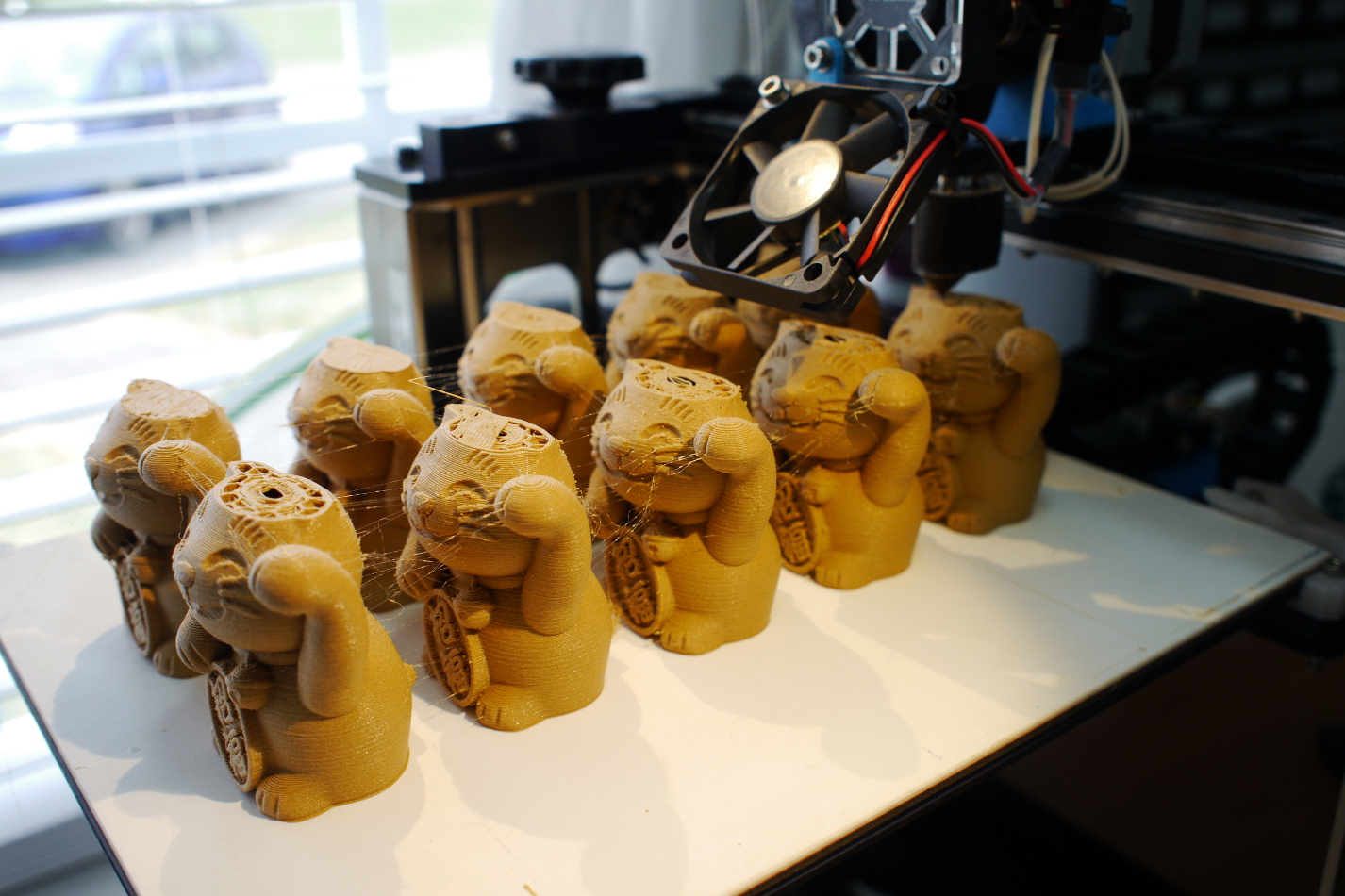 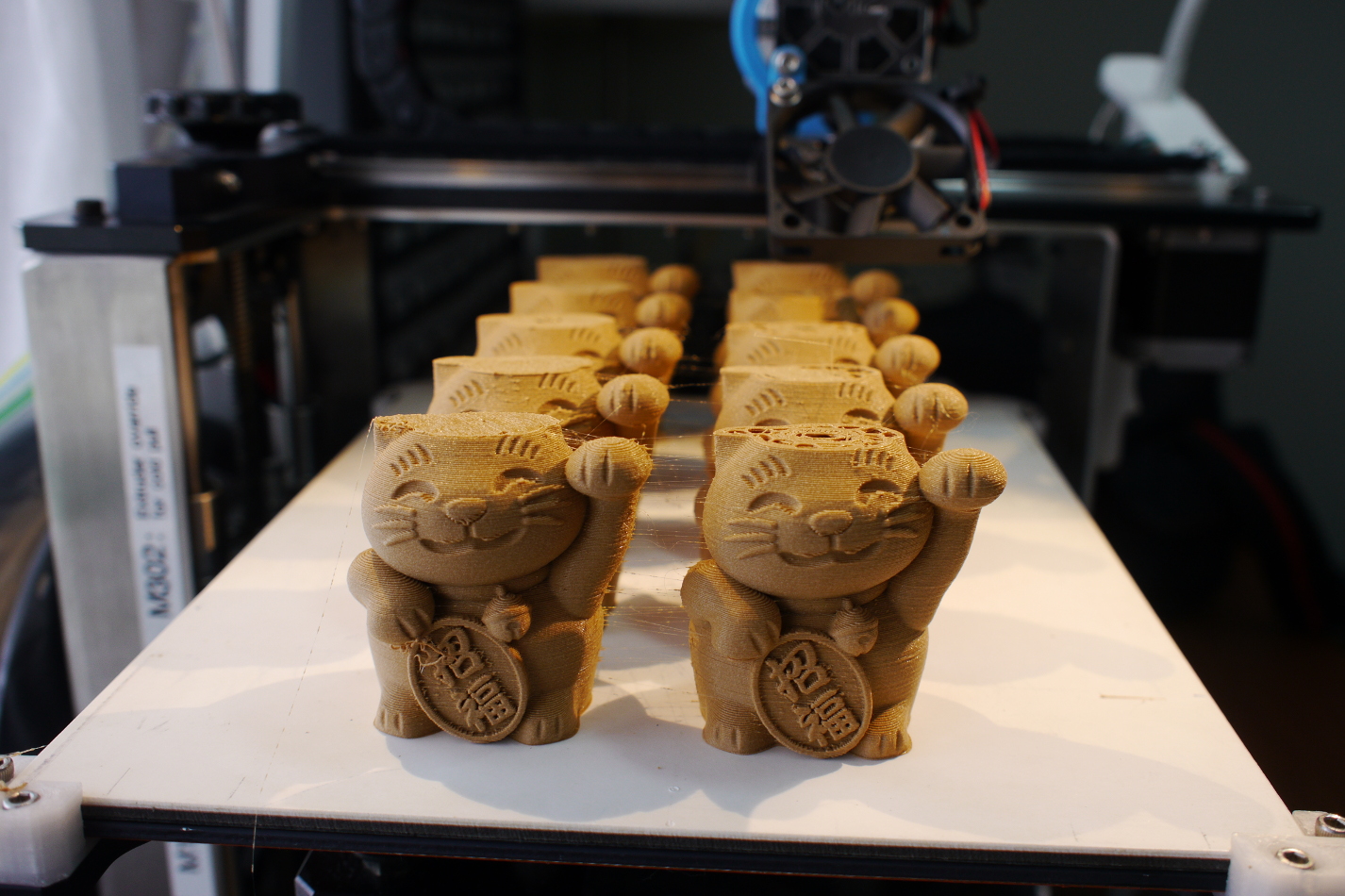 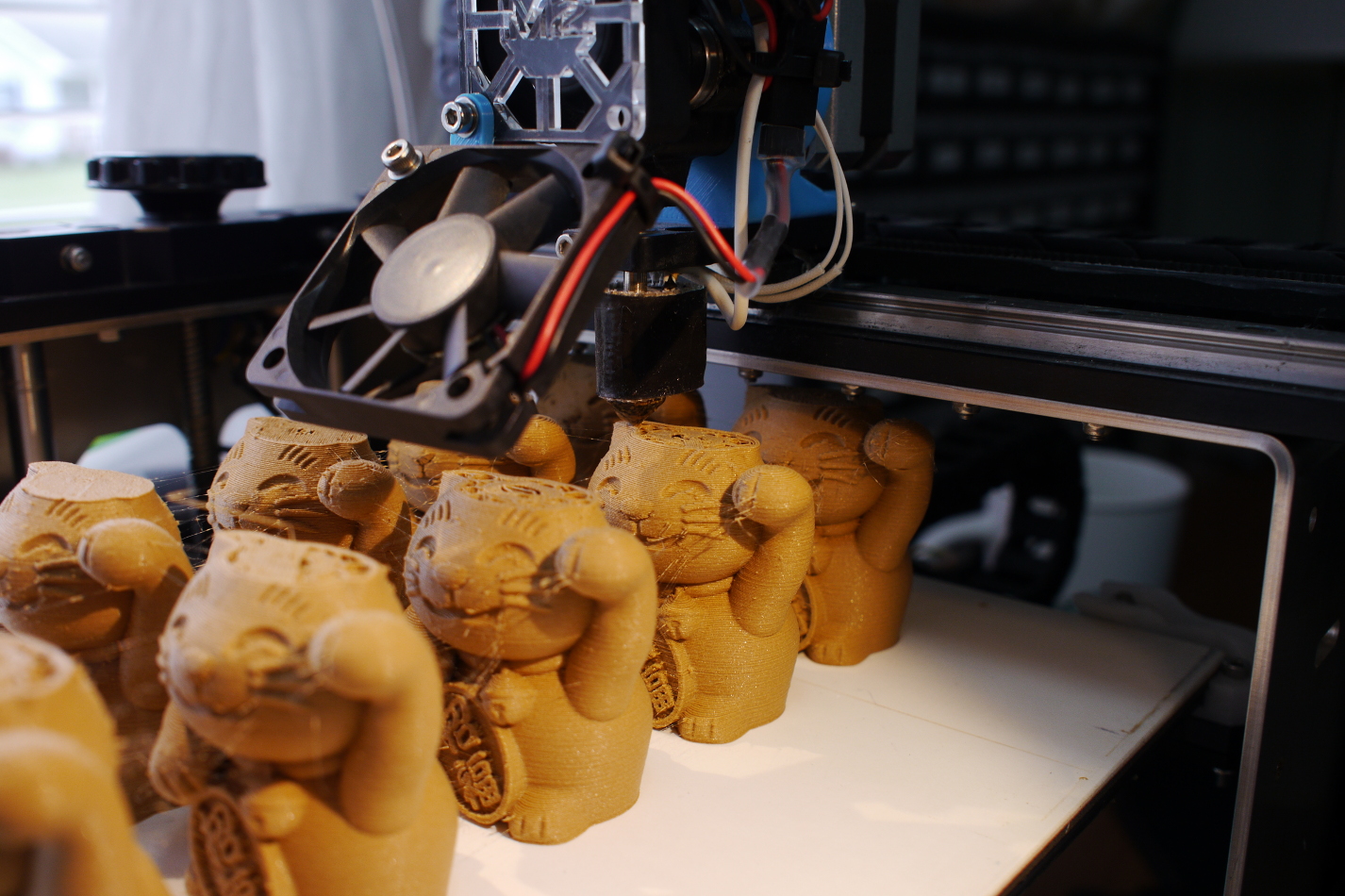 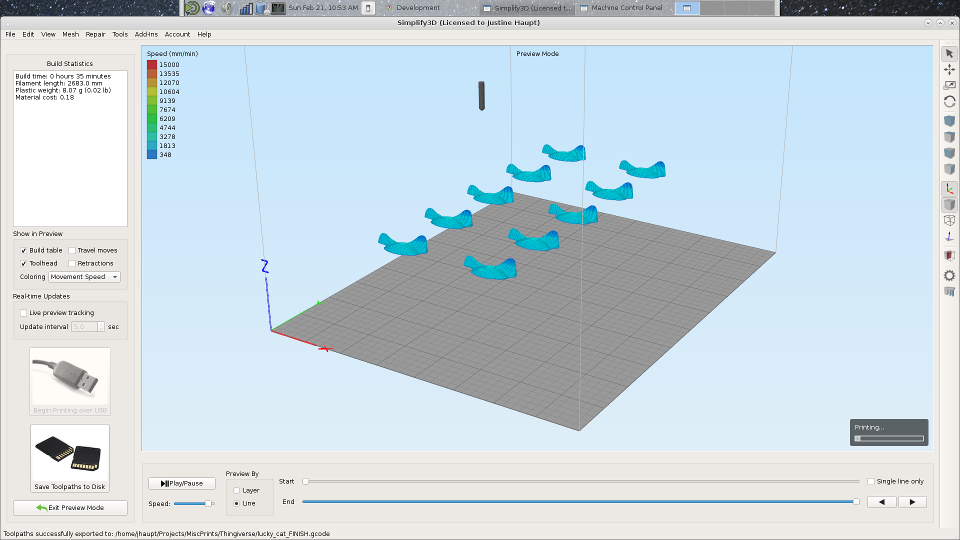 Filament was manually swapped during the print. The glow is muted but visible. The Hatchbox is brittle but printed ok.

This is a bottle prop from Fallout 4.

Filament name: Polypropylene
Filament vendor: Gizmo Dorks
Hotend used: V4 PTFE
Nozzle diameter: 0.35mm
Layer height: 0.2mm
Printing temperature: 250C / Bed=60C
Other information: Use packing tape on the bed. The stuff sticks well to it and sticks to nothing else. Print slow for the first layers.It could probably use some experimentation regarding using the cooling fan after the first few layers.

It is somewhat flexible and has a 'sticky' feel to it. It is very impervious to liquids, and floats! (SpGr=0.946.) 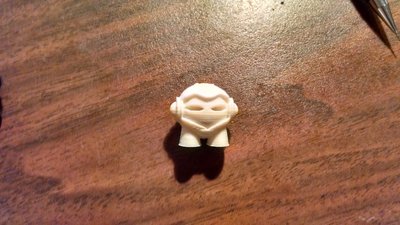 I did not have the best luck with this stuff. I will try again with a higher temperature, as I had delamination between layers. I also had a really weird thing happen, as you can see from the picture. I got bubbles in my Kapton tape beneath the part, which caused dimples in the part. I popped the bubbles with a knife, and the tape sealed pretty well, but what the hell caused that? The ABS slurry was quite dry and not that thick. The bubbles only appeared directly beneath the part.

I will update once I try it again. 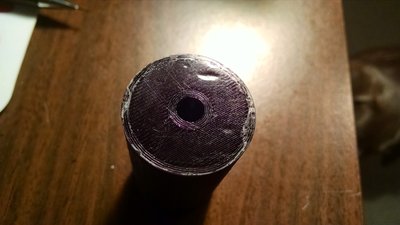 This stuff is a PITA. I mostly put it in this thread to warn everyone. Once it prints, it should be really great stuff. For those of you who have not machined delrin, I can attest to its versatility and usefulness.
I tried numerous ways/things to get it to stick to the bed, and the ABS slurry is the only thing that even remotely works. It has serious delamination issues, and every time the build gets to be about an inch high, it releases from the bed, resulting in a bird's nest. You cannot print it much hotter, either, because it will break down and release formaldehyde gas.
I will keep trying to print it, increasing the extruder temperature slightly. It probably needs an enclosed print chamber to keep it hot. If anyone has an enclosed printer and wants to try it, I will send you a few meters of filament to test. 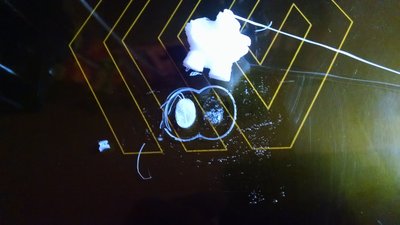 Great stuff! Very stable, little/no warping, does give off an odor, very tough and strong.
Top

Same settings as for PETG. I use the FFF from the eSun PETG thread. Very nice, stable prints. 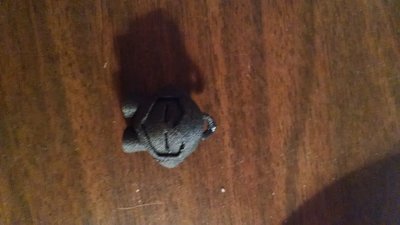 Use the same settings as for PLA. It is just like PLA, but much stronger. I did not do any physical testing with scientific instruments, but it is noticeably different in bending and ultimate yields from regular PLA. That said, I am not sure what disadvantages counteract that, except for the increased price.
Top
Post Reply
28 posts