Hello. I have an odd question:

Given that the M2 is the reverse of a mill, what would happen if you replaced the hot end with a spindle? I would imagine that you would have to reverse your Z axis and model the negative space instead of the object you want, but I'd bet you could run S3D or whatever still.

without ever using S3D, I'd suspect that software wouldn't do it. But there is software out there to write similar gcode for CNC machines that are exactly what you're talking about. the main problem that I see with using the M2 for CNC;

1 replace the bed and spider with a mechanism that holds your material
2 the z axis would be used 100,000 time more because cnc's tend to move the piece around a lot to navigate the bit.

Someone around here just posted a plan from Thingiverse for a cheap CNC machine that's mostly 3D printed. you may want to give it a look if you actually want a CNC at home. otherwise, Keep dreaming :p
Top

Sounds about right. I just assume that everyone on here had this idea at one point or another. Especially given how prone to pushing limits and modifying everything you all seem to be...
Love Always,
MtG
Top

Hows this for pushing the limits.

Mark the Greater wrote:Buy me one?

I'll put your name right under mine on the list!

Mark the Greater wrote:what would happen if you replaced the hot end with a spindle? 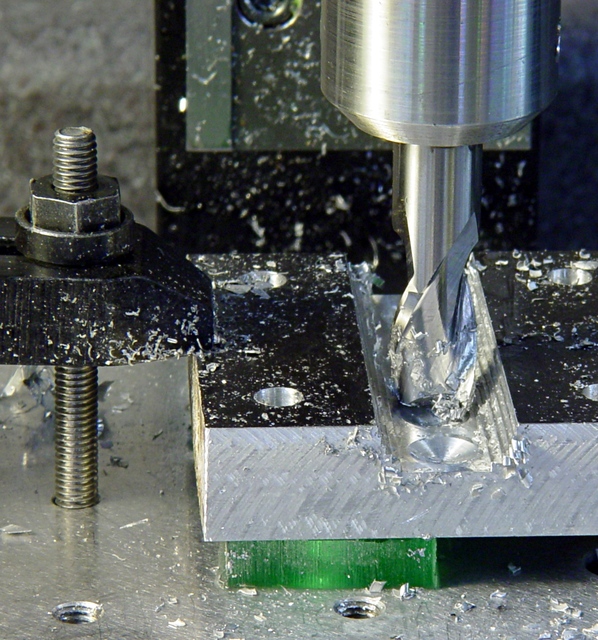 You must figure out a way to clamp the workpiece to the Z stage, then beef up the Z-axis motor to apply enough upward force to drive cutters into it. Plastic maybe, wax for sure, metals not so much.

Belt drives aren't intended to withstand cutting forces, so the surface finish would be somewhere on the bad side of awful: there's a reason CNC machines use leadscrews on all axes.

Aaaaaand Marlin doesn't implement many of the G-Code commands used by subtractive machine tools. Worse, it implements some vital commands completely differently, for no good reason that I can find.

Back in the day, Makerbot's Cupcake / Thing-o-Matic firmware actually had a CNC mode, because they thought that would be useful. It wasn't.

I loves me some Sherline milling action, but ... it ain't a 3D printer, either.
--
Ed
http://softsolder.com
Top

Mark the Greater wrote:what would happen if you replaced the hot end with a spindle?

Jeez, I have to keep looking up the freaking words........way to make me feel like an idiot, ed!

Jules wrote:looking up the freaking words