pcenginefx wrote:This may be out of the scope of the video, but we really need some videos showing all of the little tips and tricks that pop up in the forum. For example, I had accidentally stumbled across the one thread that outlines how to zip-tie the heated build plate wires so that they won't break.....that should be a video on your YouTube channel, not hidden in the forum.


You wouldn't happen to remember where you saw that one, would you? I remember noting it too, but I didn't bookmark it at the time.

If you are having a video crew come in to shoot some footage anyways - I'd suggest looking at what the [hopefully minimal] incremental cost it would be to also get them to put together some longer videos about some of the other things suggested - tours of the factory/assembly areas, overview of how the machines are tested, longer examples of what kind of prints they can do, how you print the parts for the printers you sell. They wouldn't have to be as well produced as some kind of frontpage 'about us' trailer video might be, but I'm sure the the kind of makers that buy 3d printers would be super interested in that kind of stuff.
Top 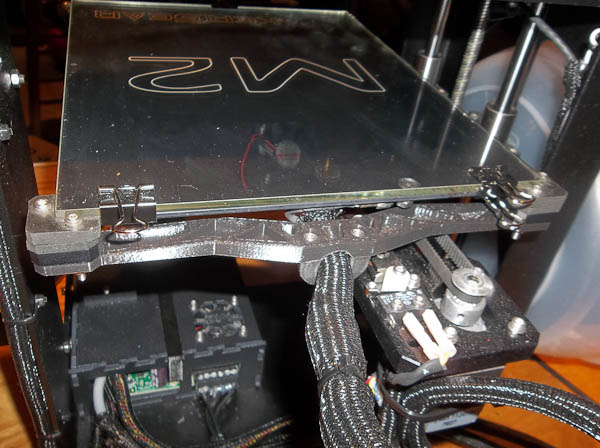 I printed this out to secure the HBP wires, seems to work pretty good so far.

Ooh, that's nice ! Should keep the wires nice and straight.

I don't have the clearance behind the machine to take the wires straight out, mine's up against a wall with about a half an inch clearance when I run a large print........
Is it on Thingiverse? (In case.)
Top

Yeah, they are pretty horrible....that's why I bought an M2 which has been working perfectly NON-STOP 24/7 since I bought it on 1/9 of this year. About to finally dive into NinjaFlex next.....

But anyway, there is a ton of things MakerGear could do to in the video space to increase awareness of their amazing printers online. Just need to make content!
//Aaron
3D Print Services | www.3dhubs.com/seattle/hubs/aaron
Top
Post Reply
17 posts