Gaps in solid layers, why?

So I ended up experiment by lowering the z-height as recommended, this indeed filled up the gaps but it did't fill the gaps in a nice way. Basically, now that the nozzle is closer to the bed during the first layer print, the plastic ends up spreading more to the sides which has the nice effect of covering the gaps. However, proportionately I still have the exact same problem, I have a lot less plastic where the gap was and a lot more plastic were the two lines were touching. I am not sure this is really how this should work.

Further more, this only affects the first layer, the other layers still have the exact same problem and I have a feeling that no amount of initial z-height adjustment will fix that (please correct me if I am wrong). 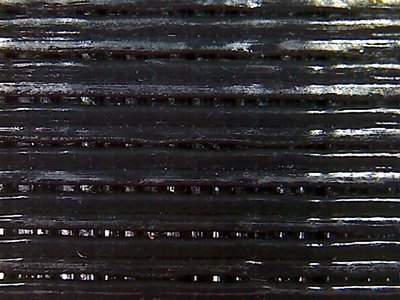 Not sure what else to do at this point. Maybe I am asking for too much? Is this as best as it gets?

By the way, I found the following article on line:

the article comes from here: http://support.3dverkstan.se/article/23 ... ting-guide. Under the section titled "Circles not round / Lines not touching".
Top

Did is always print like this or this just started?

I don't remember which axis you said this is happening on but maybe one of your motors was knocked out of position when your clips where hitting the underside nuts on the top rail.

If it's the belts it's an easy fix to loosen the motors and tighten the belt.

If you have not already, it is a good idea to work through Jules' extensive set of guides covering the collective wisdom of many users: viewtopic.php?f=3&t=4711

It may be backlash, but it may also just be that your Z-height and extrusion multiplier aren't calibrated correctly. Both of those are related, and fairly easy to dial in with a single print. You shouldn't just eyeball it.

And no, you're not asking for too much. Your first and subsequent layers can and should be solid and not overstuffed. Try the calibration in the guide.
Top

I'm really really pretty certain that the double line thing is backlash. Try printing the attached stl. It's a square with 6 0.1mm steps on each side. I've labelled the sides with the axis that would be the problem if you're missing a step. You're likely to see bumps from the sudden change in direction, but you should be able to hit the side with a flat file to knock the bump down. If you're filing/sanding the outside of the side and where a step should be at the same time, the axis didn't actually move and you have backlash on that axis.

Agggg.... my apologies for taking so long to respond, some unexpected stuff came up and I am just getting back on track.

@ksevcik: I ended up printing a couple of parts based on your attached stl file and followed your instruction (to the best of my ability) but I found it very difficult to determine what was gong on because the little steps on the printed part are just so darn small.... plus I am sure I was probably doing something wrong.

At the end, I ended up talking to the MakerGear support team and after a couple of phone conversations and printer adjustments, they determined that it would be best to ship the printer back to them so that they could take a closer look at it and determine the problem. They also decided that since my printer was pretty much brand new, they would just swap the "old" printer with a new one.

So here I am with a brand new printer and I couldn't be happier, base on my tests, the new printer seems to print perfectly fine (no apparent backlash). For reference, here is a picture of the old printer print pattern:

here is a picture of the new printer print pattern:

Both of these prints were printed with an initial z-gap higher than normal so that there is minimal plastic spread and you are able to clearly see the nozzle path on the first layer. From the images, you can see how the bad print groups the lines while the good print shows all lines evenly spaced. From this, I think it can be determined that there was definitely something wrong with the old printer and that the issue had nothing to do with initial z-height because if that would have been the case then both prints would have exhibit the exact same problem.

I would like to thank the MakerGear team for the outstanding support provided to me while helping me troubleshoot this issue. Rather than having me tinker with the printer until we found out what was going on, they decided to go all out and simply replace the printer so that I can be back in business with minimal stress.

This is something that I really appreciate and one of the many reasons I purchased a MakeGear printer. They told me they would have my back if I had any type of problems with the printer and they delivered on their promises without hesitation.