I have to print huge ABS prints (about 7,5" x 7,5" x 6", some even taller) and I'm having troubles with the adherence of the corners, after several layers printing: they start to unglue from the base and finally warping the base completelly (I can't get a plane base). The print completes, but with this issue. I also assume that dimensionally speaking, that print lost some height...

S3D view of the part 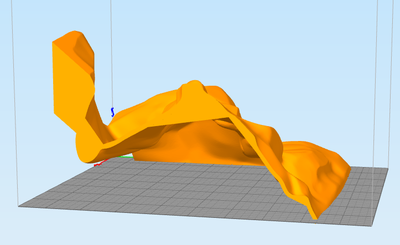 Is there a way to enhance bed adherence for this kind of big prints?
I was thinking in Raft... but I didn't want to use that, because of material usage and difficulty to separate it. I have to print 49 of those parts, so I'm trying to save material, in general.
Should I raise bed temperature? I never printed with PETG at higher T, maybe this case deserves a raise.
Should I create some "box" isolating the printed in ordert o maintain the T° inside? The medium time for priting those is about 20 hours... maybe could be a good option to avoid room T variations?

I appreciate a lot your help! I'm having some bad time with these prints! hahaha 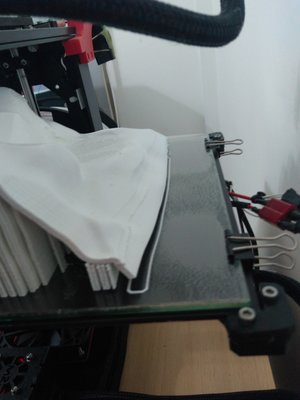 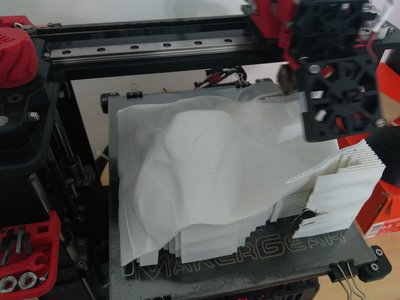 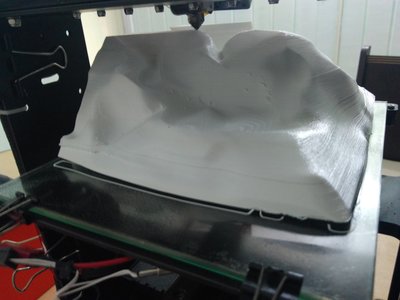 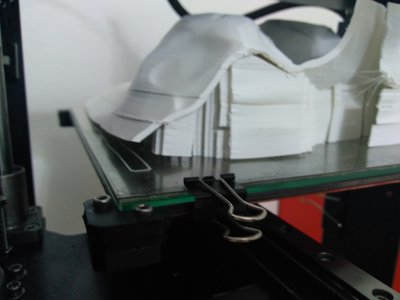 The short answer is that part is never happening in ABS.
Custom 3D printing for you or your business -- quote [at] pingring.org
Top

Are you running the bed fan? In my experience, it is best to print ABS with the bed fan off to reduce warping such as this. Although, insta could be correct and you may never get this to stick to the bed in ABS.

Another idea would be to put a big brim on it. I have occasionally had luck with brims, but I try to avoid printing objects that large with that small of a footprint.

Good luck and let us know how you get it to work.

Have a great day,
Jim
Top

Hello Jim.
I basically got a way to print those big parts with ABS with some satisfactory result.

I'm using ABS because I need to work at the finishing with Acetone, that's why I'm not using PLA. PLA is a pain in the... in order to finish it!
With some brush and acetone, I can do magic over ABS parts!
The idea is to create a 1,30m x 1,30m frieze with 49 smaller parts. Therefore, I'll work on the finishing later.

First:
I raised bed T° to the maximum 120°, eventhough I'm using PEI. That way the first layers are better retained, and no warping is appearing. I'm seeing some warping (little) in superior layers, but not at the bottom.

Second:
I had to do some changes in the model: I've divided the model in two parts, with Meshmixer. Those two parts are located standing, with one of the 5mm's side in contact with the bed. That way I'm avoiding too much support material and also lowering the part height.

Third:
I'm thinking in isolating the printer with a box, but so far, I didn't confirm the need.
I'm not using raft or any other special additional feature.

Later, I'll post pictures of the process and the final result.

Your best bet is to use a pei bed. Can you maybe make the print in sections. That would help a lot. It would also save you some material. That's a lot of support material you are wasting printing it in one peice.
Builder of custom wifi BBQ temperature controllers
Top

PLA is only a pain to finish because you're not using the right material!

Either a high-fill automotive body primer, or XTC-3D. Both will work great on PLA, and PLA is a lot easier to use.
Custom 3D printing for you or your business -- quote [at] pingring.org
Top

Insta, I agree PLA is a lot easier to print!
I already used car primer to finish some PLA prints, after I printed the parts with a good resolution (0,10 or 0,15). The result is great, I agree too. But only If I print at a good resolution.
Now I'm printing ABS at 0,3mm resolution. It's a matter of time. The primer won't solve my finishing problem at that resolution, while ABS with acetone solves it.

Why I don't print PLA at lower resolutions for this job:
- Each part I'm printing at 0,3mm is taking at least 9 hours. Then I have 49 parts to print, which in total will take 600 hours of printing.
- ABS is 30% cheaper than PLA (at least here in Brazil)
- XTC don't even exist here, neither.
- Acetone is 50% cheaper than primer, also.

So, since this is a Big job, I'm trying to make it cheaper in every aspect.

In an ideal situation, I would've spent 2000 hours to print PLA at a good resolution and cover it with primer... But, no customer would've pay for such a huge amount of printing hours.

I do know how to give finishing to PLA parts (as you can see in the images below), but that´s not my issue now. I did wanted solutions for ABS prints... 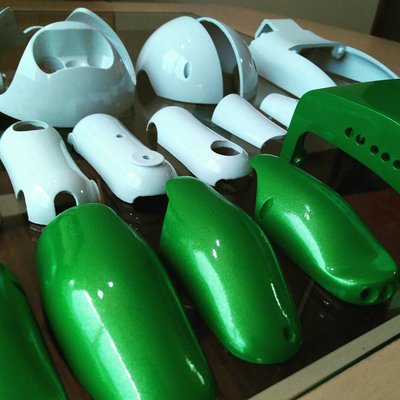 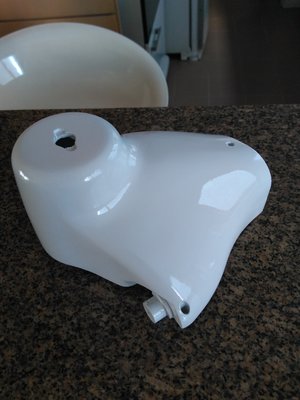 Olá! Those parts are printed in PLA 0,15mm, finished with primer, sanding and car paint. Finally varnish.
All together are part of a robot I'm printing and finishing.

Yes. Curitiba and Porto Allegre were my favorite cities in Brasil. Your prints are beautiful. I'll have to get better at finishing prints.
Top
Post Reply
13 posts