I'll be doing a bunch of flat work for future projects and thought I'd share with the group some details. M2 is impressive with the fine detailing. I noticed that the model was whole when imported into S3D but then parts were missing when I looked at the slicing. I realized that S3D must be ignoring any model part under its extrusion width and when I input 0.25mm extrusion width with a .35 nozzle the program rendered/sliced it fine. To get an extrusion width under the size of the nozzle I'm only guessing that M2 is actually stretching the filament by slowing down the extrusion. Wonder just how thin M2 will extrude? I'm also wondering just how wide a line M2 will extrude with the .35 nozzle. I know that default manual setting states .64mm but is that max? Because of slight over extrusion, M2 is leaving behind realistic surface detail that for once is actually welcome and worked out for my benefit. Although on other projects I'd like to get as smooth a surface as possible just haven't found those settings yet. I'm guessing that adding a final process to the code for clean up on the final layer might work but will have to experiment with that to be sure. If anyone would have a suggestion for a setting here I'd appreciate it. The lettering was done in reverse to end up with a nice smooth finish.

The model was printed 1.01mm thick @ 0.20mm layers for a quick build of just over an hour and that was with the travel speed slowed down to prevent premature wear if that's possible. 1.4mm retraction with .25mm retraction lift only between islands, 50% infill but 99% of model was outline, and 3500mm for speed. One layer of Elmer's school glue was all that was needed under such a thin model in PLA. I thought M2 would sound like an orchestra during this print but was actually more like a bunch of out of tune instruments and the machine motions were definitely not hypnotic as some prints can glue my attention all day. 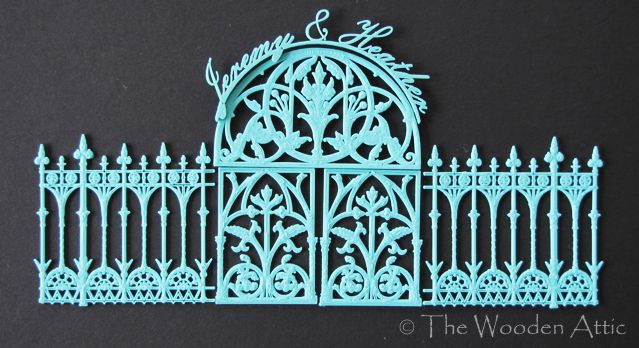 The auto extrusion width default has changed in 2.1, no longer bulking up to such large numbers on low layer heights. I would stick with numbers between .4 and .5mm. For fine x/y detail, you can go to .25, but infill will suffer. (If you do not have the need for fine x/y detail, it is best to leave the extrusion width at .4 to .5 even for low layer heights.) You can get a .25mm nozzle for fine work like this without stretching.
Top

i totally agree with jin. for proper extrusion the width needs to be slightly over your nozzle dia. you'll end up with broken apart infill, holes and possibly poor layer adhesion in some situations. for detail goto a .25 nozzle
Top

Premature wear is unlikely (unless you fail to grease your rails), but slowing the speeds down will always help with detail by reducing the "ghosting" effect caused by underdamped vibrations. Beautiful print, by the way. What is the lengthwise dimension of that print?
Top

Thanks for all the replies and good advice on the extrusion width I had no idea and will have to look into a .25 nozzle and also note all the advice here, Thanks.
Tim, roughly 9".
Top

Beautiful design, Steve! I'm curious, is that the original color of the filament, or did you use a dye or paint after printing?
Top

Hi Dave, that's MatterHackers light blue Pro PLA they had on clearance. I don't see it lately but they do rotate their stock. https://www.matterhackers.com/store/clearance-items
Top
Post Reply
8 posts • Page 1 of 1