This is related to my blimp project I've been working on. Turns out it takes $90 to fill my blimp with helium, which I'm not interested in spending. Commercial hydrogen from a gas supplier costs $20 for the fill plus tank lease, but they are paranoid about selling hydrogen and were very reluctant to sell me any. I won't get into my hydrogen phobia rant, but the final option was to make my own. I have calculated that making my own hydrogen through electrolysis will cost about $1 for the fill. So DIY hydrogen it is.

I did a bit of research on the methods being used by the guys augmenting their cars with on board hydrogen generators, but most of those are producing a mixture of both hydrogen and oxygen, not just hydrogen by itself. It is still possible to build your own separation cell that keeps both the hydrogen and oxygen separate, it is just a bit more tricky. I tried the conventional method first, which involves painstakingly cutting a bunch of rubber gaskets and silk screen membranes and then sandwiching them in a stack between two heavily bolted down plates. My initial small versions worked, but as the cell got bigger I had problems with electrolyte leaking out the gaskets and too much oxygen breeching the membranes and mixing with the hydrogen. As a last ditch effort to salvage the $240 worth of 316L stainless plates I had bought for this project, I came up with a 3D printed design which solved both the leaking AND the oxygen mixing problem. There are several other advantages as well, such as no stainless hardware required for assembly, keyed parts that prevent you from assembling one of the gaskets backwards and wrecking the whole cell and a lot less waste material. This same concept could be done on a laser cutter too, but it is about five times more expensive and you have a lot of waste leftover due to the shape of the parts. The nice thing about 3D printing is you only use the plastic you need and there is nothing going into the trash afterwards. So even if the filament costs more per pound than other forms of plastic, you still save money by using less of it.

The pictures below show a single 12v cell, which means it takes 12 volts across the terminals but only has one plate set. Typically you would put a bunch of these in parallel until you have the gas volume you need, or build a bigger one that runs on higher voltage. My next step is to build one that has 10 times the gas generating ability, which will run on 120 volts. It is going to take over 130 hours to print that bad boy though, with 60 screens being required and each screen frame requiring two pieces that take an hour each to print. So you wind up having to swap out 120 print jobs that each only take one hour to complete, then two end plates that each take 7 hours to complete. This is definitely the most elaborate thing I've attempted printing to date, but the finished unit has a market value of $2000 were you to buy an equivalent cell. This is one of those times when I REALLY wish I had a dozen M2s though! 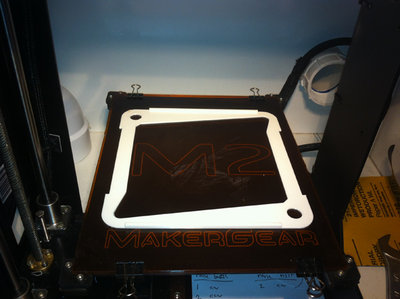 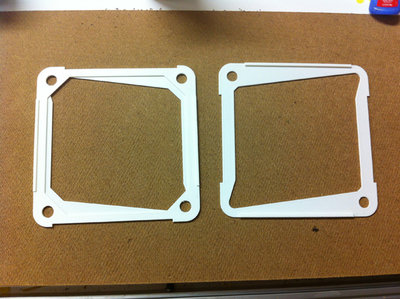 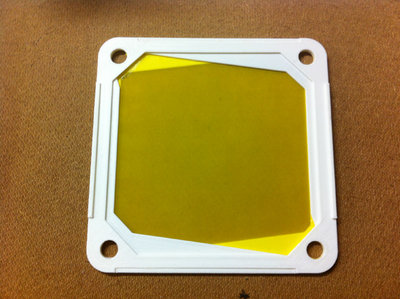 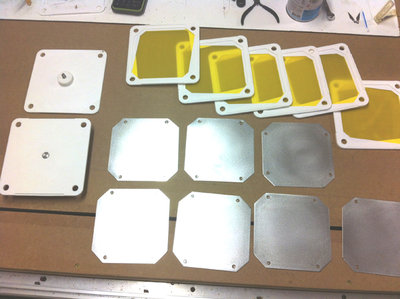 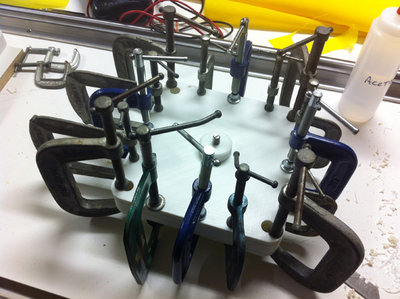 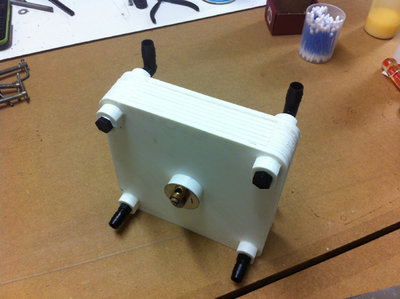 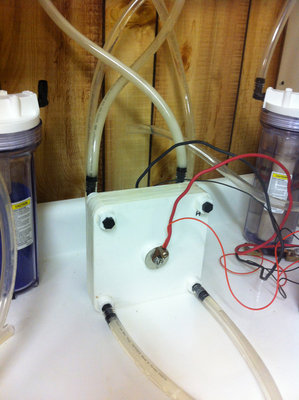 Oh, also had to print a special coupler for my oxygen sensor to monitory oxygen contamination in the hydrogen output. This is one of the things that makes 3D printing so great-- you simply can not buy a fitting like this, it does not exist. 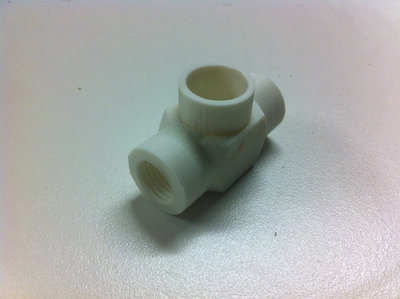 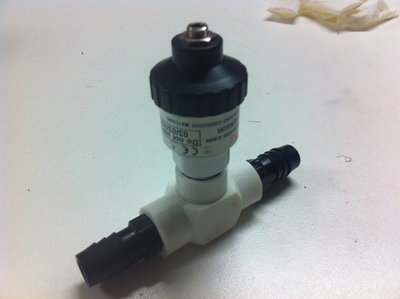 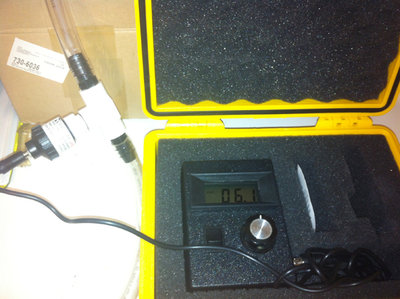 So your extracting Hydrogen from water and Browns gas has to much Oxygen?
Retired Master Electrician, Commercial HVAC/R,CNC Router
Top

wmgeorge wrote:So your extracting Hydrogen from water and Browns gas has to much Oxygen?

Yeah, Brown's Gas is the very explosive and static sensitive mix of 33% oxygen and 66% hydrogen you get if you just let the bubbles from both electrodes mix together. I'm after 100% pure hydrogen, but I can live with 5% or less oxygen contamination. Currently I'm getting 3.5% oxygen with the cell pictured above. I'm just hoping that doesn't increase when I go to the 120v unit that is 10 times that size, since 10 times more gas will be trying to escape. I can vent the gas out both the front and the back to help prevent it from backing up into the cells though.
Experience is what you get when you didn't get what you wanted.
Top

Here's a video of the first cell I built using conventional construction. I had 10% O with that one though and leaking was a continual problem. I tried sealing the gaskets with silicon sealant and that was a complete disaster, so I'm just abandoning that method now in favor of the 3D printed version. What's nice about the 3D printed version is you don't have to machine the electrode plates other than just shearing off the corners, and really you could design one where even the corners did not need to be cut off. Drilling holes in 316 stainless is a pain, and you are limited to how big of a hole you can drill. With 3D printing, you can easily make the hole however big it needs to be and you never have to touch a drill press. Those holes in the plates also cause decreased efficiency due to current leaks too. I had to go and backfill all the 244 holes I drilled with epoxy in order to salvage those plates into the 3D printed version.

https://www.youtube.com/watch?v=RDY4W7ek_08
Experience is what you get when you didn't get what you wanted.
Top

really cool project. what is the yellow film in the center of the plates?
Top

jimc wrote:really cool project. what is the yellow film in the center of the plates?

That is the finest mesh silk screen you can buy. It allows water and electrons to pass through, but keeps the gas bubbles from crossing sides. If you get a gas pocket built up inside then the gas will pass through the screen and mix, so the key is keeping the gas from accumulating. You'll notice the top edge is sloped, which guides the bubbles out the corner exit holes and prevents them from pooling on the ceiling.
Experience is what you get when you didn't get what you wanted.
Top
Post Reply
89 posts