Can someone be so kind and help me resolve this issue with what seems to be random layer shifts on my prints.

>Occurs on any model/file I try to print.
>I have used multiple brands of PLA filament, issue persist (although more expensive filament reduces the overall issue, these larger layer shifts still persist)...
>I was originally using Simplify when I first starting noticing the shifting, but then tried CURA to see if issue persist, and it does.
>My print speeds are pretty low (at least I think so. 60mm/s) 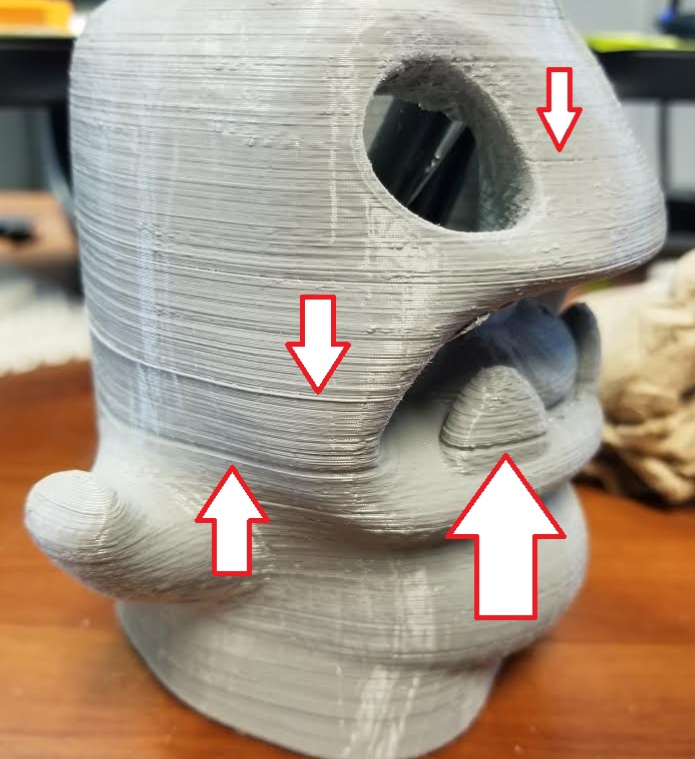 Those don't look like shifts due to XY motors stalling from either impacts with up-curling plastic or excessive acceleration, because the offset doesn't continue upward from the defect. For example, you'd see an inset on the -X side and an outset on the +X side, with everything above that plane building with the same offset, as though you'd sheared the model on that plane and shifted it over a few millimeters.

Check for: In a situation like this, always verify the G-Code to make sure it's doing what you think it should. Use an independent viewer like http://gcode.ws/, step through the model layer by layer, and keep an eye on the infill as well as the perimeter.

Thank you for the tips, good sir.

I will get to work on those tips and see what I can come back with.