Folks, as anyone who's purchased an M2 knows, we ship the printer with some sample gcode files on the SD card (a bigfoot bust, a bracelet, a twisted hexagon vase thing, and for a while a glider); those prints are getting a bit old, though, so I'm looking into getting together some new gcode to include. So if you have any recommendations or links for files (or personal designs) that you think would print well on the M2, and would be good as an early print for M2 owners, please let us know here. Anything that we could model simply here could work as well (for instance, I made a nice chamfered box with split lid and lip/groove fastening yesterday, which may be cool).

The technical legal details aren't something I'm good at, so I'll go a bit broad and say that all models should have full usage permissions (specifically - no non-commercial license; we won't be selling the models, obviously, but they are going to be included with a commercial product, so I'd rather not deal with technicalities). Attribution is fine (and would be given even if not required).

Prints that work well in both PLA and ABS preferred, though I suppose we could split them up and include some material-optimized gcode; also, prints for the dual (outside of the calibration prints I'm already getting together).

Thanks for any ideas or recommendations you guys have,
MG|Josh
Top

I looked at the license for most of the sculptural things I've printed, and most of them have a non-commercial license. Two that don't are this whale: http://www.thingiverse.com/thing:182337 and the LeFabShop elephant: http://www.thingiverse.com/thing:257911. Both of those require support, though. Oh, and you can never go wrong with a twisted vase of some sort, sliced in vase mode at low layer height.

You should throw in all the printable M2 parts, since people are always looking for them, they're yours, and they are useful.
Top

I suggest these barnacles, which I scanned and uploaded:

I have been meaning to come back and print these again, since I think they nicely illustrate the ability of 3D printers to create complex organic shapes. The posted license on thingiverse is non-commercial, but as the designer I grant you an unrestricted license. I'll also second the suggestion that you should include the M2 parts - maybe just as STLs.
Top

This is my absolutely favorite print when I'm testing something: https://www.thingiverse.com/thing:13893
Top

I don't have my printer yet, but this sounded useful when I saw it. Not sure since I haven't had the experience with the printer yet. It has some comments that it should be included in the samples:

josh, here is a quick easy one. tossed this together in 5 min. you guys can get the rings in bunches for about 10 cents a piece and throw one in one of the parts bags. 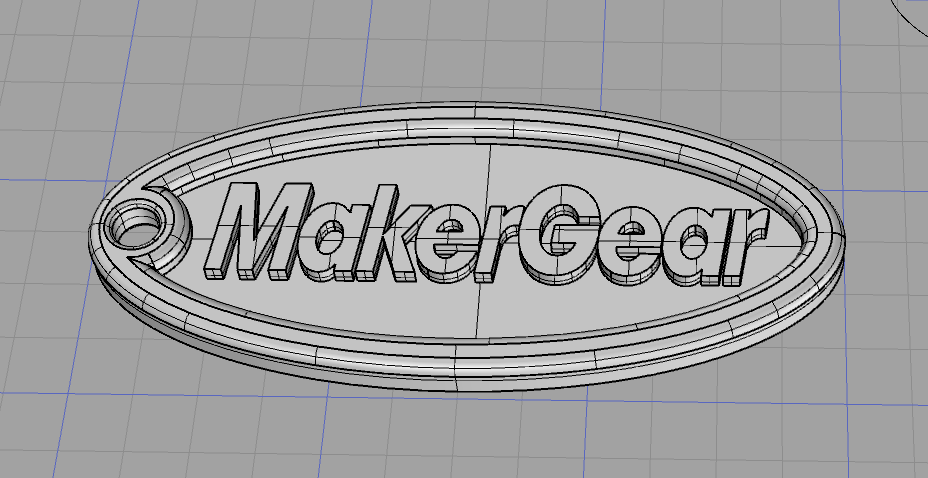 Jimc, I like yours (and it reminded me of one we made last year, image attached and .stl available if anyone wants it). I do like the idea of keychains... (I also have a bigfoot with a keyring hole through the back of his hair, which makes a nice keychain at 25% of standard bigfoot size). 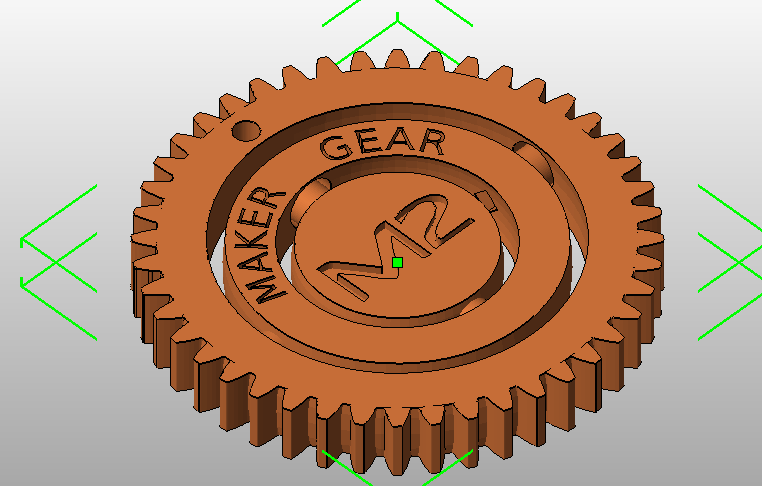 Thats cool too josh. Its a maker.....gear! Kind of appropriate. If you want the keychain you are more than welcome to it. If not thats cool too.
Top

Here's a little six-block puzzle I designed based on some information a friend of mine at work gave me.

It's designed in OpenSCAD, so I've attached the .SCAD files for the blocks and the .STLs as well. To make the puzzle, print TWO of "Block1" and ONE of each of the other four blocks. 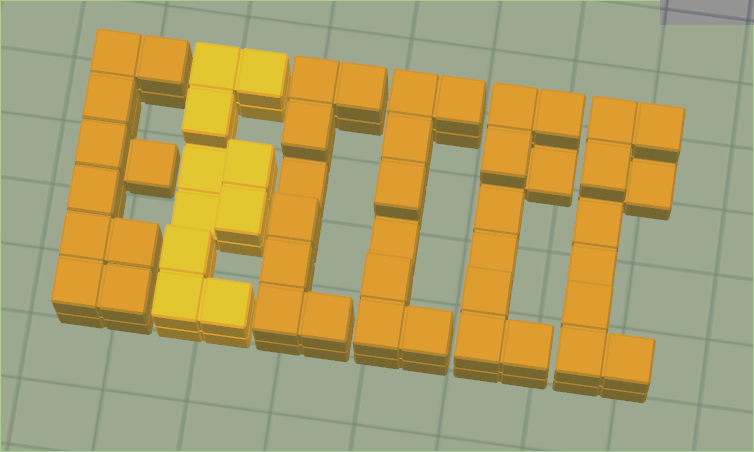 (In the picture, each of the two identical blocks on the far right is a "Block1". From right to left, they are Block1, Block1, Block3, Block4, Block5 and Block6.)

As for how it goes together once it's printed, well, that's the FUN part! As for licensing, I know of no reason why this should not be open to all. I haven't posted it to Thingiverse, so it's not under their license.
Dale
Top

I've been printing these dice as a nice sample print. It's a solid part but doesn't take as much time to print as the bigfoot thing.

It's got a creative commons license so I think (?) that means it'd be fine to use.

Or, if you wanted to be fancy you could add an "M2" engraving on the one spot side or something. Definitely fun to print something easy that the general public uses every day. I have showed some of my friends/coworkers the dice and they were pretty excited about it.
Top
Post Reply
21 posts