The place to discuss your hardware and software/firmware modifications...
Post Reply
37 posts

jimc wrote:whew...that why i had the little laugh. was thinkin to myself, as much time as she puts in on this forum how does she not know what cleaner filament is hahahaha 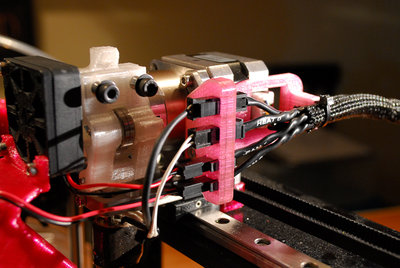 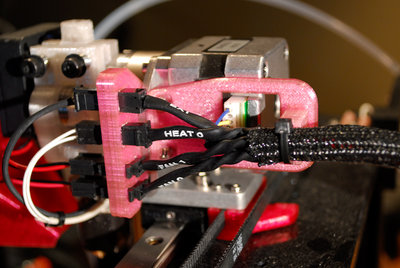 The new drive is working great but I installed the new Metal Motor Mount Upgrade (Which is AWESOME!) but with my fans being farther away than the stock setup the wires were to short for the plugs to fit into the wire box setup so I came up with this minimal design instead. I'm always swapping hot ends too so I want easier access to the plugs also. 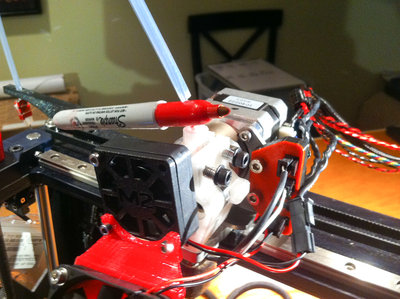 I printed this in the EPC but I tried the old magic marker trick to try and add some color to it but it came out a little to pink for my taste. I need to change a few dimension anyway so I'll probably reprint it in natural, but it was worth a try.

That's nice - looks a bit like the set-up they use on the dual. (Other side though.)

Have you tried using magic marker on the filament before it enters the extruder? I've seen people get better results that way.
Top

ayourk wrote:Have you tried using magic marker on the filament before it enters the extruder? I've seen people get better results that way.

Bit hard to tell from that picture, but that's what he's doing.....he drilled a hole in the marker and the filament is feeding through it before it gets melted in the extruder.

Steve - would it be possible to add bltouch mount to this?
Top
Post Reply
37 posts