Anyone who has used PETG knows how stringy it is. I've been using it a lot, and the prints are coming out fine, but I just discovered a minor issue.

My ending script retracts 15mm, shuts off the extruder & bed, lowers the print bed a ways, and then shuts off the motors & bed fan. Now that my M2E is over a year old, the Z-axis ball screw is all broken in & lightly greased. When I shut off the motors, the platform slowly winds its way down to the bottom just from gravity. With PETG, this produces a long, incredibly thin string going down to the part. With the extruder fan running until it cools down, that string can break off, and it frequently ends up flying around in the fan breeze and sticking to the Z-axis ball screw. Either that, or it gets broken off at the bottom when I remove my part, and it gets blown into the ball screw at the start of the next job. When the platform rises at the start of the next job, it pushes the strand up to the top of the screw, wrapping it around the screw as it goes. Over time, I end up with a slightly greasy hairball at the top of the ball screw.

I'm not sure it does much harm, but I suspect it could jam in the ball screw at some point. It certainly looks tacky, and it can take a while with tweezers to unwrap it all.

I suspect I can eliminate most of this by modifying my ending script so that the bed doesn't drop very far until the extruder has cooled down. That should keep the filament strand short enough so it doesn't cause much of a problem. I'm not much of a g-code programmer, so I'm not sure if I can just put in a time delay, or some sort of "IF" statement like "if the extruder temperature is below 50C, then lower the bed."

Has anyone got a slick fix for this already, or any suggestions on how to modify my ending script? 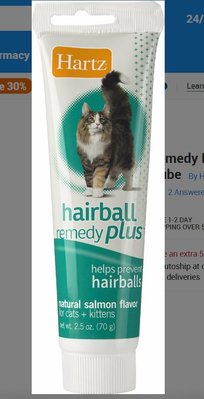 Ack! Ack! (with apologies to Bill the Cat).
Top

In the absence of any suggestions or feedback, I did some digging into Marlin G-code options. I haven't tested it yet, but I'm going to try adding an M109 "Wait for Hotend Temperature" command to my ending script. I'll drop the platform a cm or so when the print is done, and then wait until the hotend has cooled to 50C before shutting off the motors. That way the platform can coast down to the bottom without drawing a long thin hair from the extruder that subsequently gets wrapped around the Z-drive screw.

I believe all I need is:

Spliced into the ending script in an appropriate location.
Top

Sorry for the cat humor, hair balls between the toes at 2am are common where I live..
To be honest, I would be a little more inclined to diagnose and fix the free falling platform.
With mine powered off, I can not manually force the platform to move, granted it is only 8 months old.
Top

It used to stay put, but with plenty of use, cleaning & lubrication, it coasts very slowly down to the bottom. If you stop it, it will usually free fall with the slightest vibration. it doesn't seem to affect anything (other than the hairball problem with PETG), and I just view it as a sign that it is all broken in.
Top

I've switched to printing with PETG, where the fine stringing will make the hairball issue much worse.

I tried using the M109 "wait until the extruder cools down to 50C" command, and it didn't work as I had expected. Here's my present ending script with the new command inserted after the 10mm lift command:

Instead of pausing & then continuing, it finishes the script with the the extruder set at 50C (which causes the extruder fan to cycle on & off...). Apparently the M109 command does not just monitor the temperature, it also sets the hotend to whatever temperature the command is waiting for. I looked into it further, and this is correct behavior. The explanation I originally found wasn't very clear on the details...

I've moved the "M104 S0 ; turn off extruder" command to just after the M109 command, and could probably skip the initial "set extruder to zero" command. I'll report back once I see how that behaves.

It does sort of do what I wanted. Instead of having a very long thin string running from the hotend down to the bed at the bottom of its travel, I find my prints dangling from short thin thread. I'm printing single wall calibration cubes, and they don't have much adhesion...
Top
Post Reply
7 posts • Page 1 of 1