I did the letters for this Tardis door sign on the M2 using black PLA. The rest is plexiglass, wood frame and Dioder light from Ikea inside. 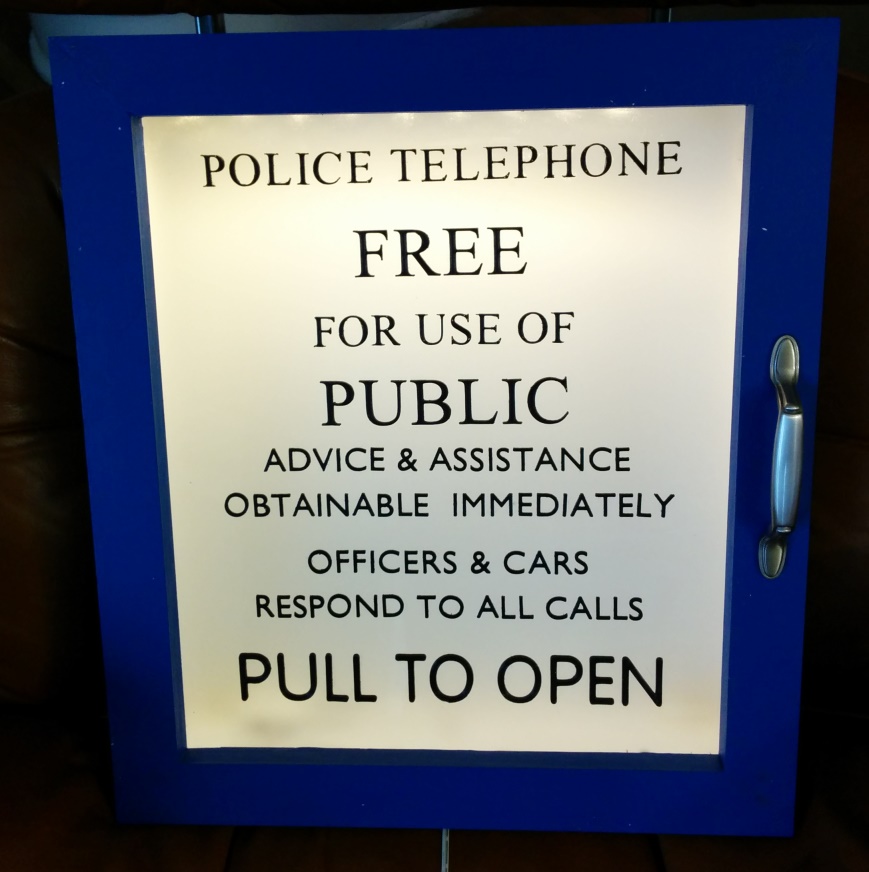 Nice, very close! What fonts did you use? Are you on tardisbuilders?
Top

Very nice! I've had a project in mind that would require 3D printed text. I haven't even thought about where to start. What software did you use for creating the STLs, and what steps did you follow? (Just trying to steal ---- I mean LEVERAGE! Yeah, LEVERAGE!! ---- your knowledge!)

The thing I want to make is like the old triangular-prism shaped desk nameplate thing --- but with different text on each of the three faces.

Fonts I used:
Times New Roman (the bits with serif)
then GillSans for the advice-to-calls... bit
and then VAGRounded-Light for 'PULL TO OPEN'

I did find a PDF on TardisBuilders or equivalent site that had the text and fonts. I first tried importing the PDF into Inkscape to trace, then tried PDF->PNG->InkScape but the tracing was taking too long. So, I used SketchUp 8 (haven't upgraded yet..) with the 3D text tool to do the text. Seemed to print best on the BuildTak surface without a brim. I ended up printing the letters upside down to get a better surface on the top part of the letters. I still had problems with the serifs on the smaller letters.
Top
Post Reply
5 posts • Page 1 of 1